OUR PILGRIMAGE IN KALWARIA ZEBRZYDOWSKA (August 17, 2016)

By Dines jansen 11/02/2016 Basilica of St. Mary of the Angels Kalwaria Zebryzdowska Our Lady of Calvary Poland

Located just 33 kilometers southwest of Cracow is Poland’s second most important pilgrimage site – Kalwaria Zebryzdowska. With 42 churches and chapels scattered among the woods on the slopes of Zar mountains, the pilgrimage site is considered one of the most beautiful sites in Poland. And because many of these chapels depict the life of Christ and His Mother, Kalwaria Zebryzdowska is also referred to as the “Polish Jesrusalem”. This referral is just proper as the complex was also modelled after Jerusalem.

The place, which is also listed at UNESCO World Heritage Site (The Mannerist Architectural and Park Landscape Complex and Pilgrimage Park) ,  is very popular for millions of Polish pilgrims who flock to the site every year especially during the Holy Week. They come to honor the miraculous painting of Our lady of Calvary, hear the Holy mass in the Basilica, join the Stations of the Cross, or walk the Calvarian Paths.  Pope John Paul II was a frequent visitor of the place even before he became a Pope. 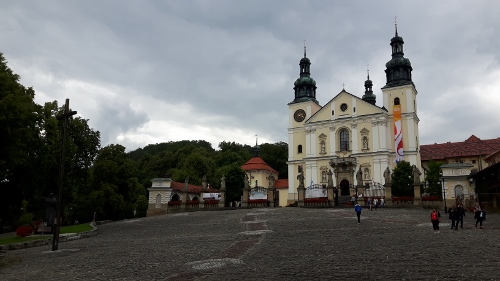 After spending some memorable days in the city of Krakow, it was again time for us drive further. We planned to go to Zakopane, but took a small detour to Kalwaria(just like most of the Polish words, the place is very difficult to write and pronounce that I’ll just refer to it as Kalwaria) . It always fascinate us to read about holy places and pilgrimage sites and to visit them if we have the chance to . So we didn’t mind the detour at all. It was August 17, 2016, 11.00 in the morning when we finally left Krakow. It was only a 33 kilometer drive and we arrived at Kalwaria just a little after noon. We drove past the small village and up to the mountains following the signboard to the Basilica. There was a spacious parking area situated just about 100 meters from the basilica. We parked our camper there, and also stayed there overnight. It was surprisingly not busy at that time. 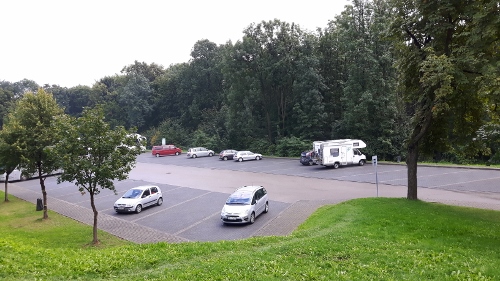 It is just a big free mix-parking area, with no other facilities. Toilet is at the nearby restaurant.

OUR VISIT TO THE BASILICA OF ST. MARY OF THE ANGELS

We visited the Basilica twice : first was immediately upon our arrival; and second was after we finished our Calvarian walk. We intended to attend the Mass that afternoon, but eventually did not because we noticed that it would be a very long mass. And we were right. It was 18.00 when we came back to the Basilica, after our Calvarian walk; we stayed there for about an hour, waiting for the mass to start. At 19.00 , the mass has not started yet, so we went back to the camper as we still had to cook and eat. We could clearly hear the sounds of singing and chanting from the Basilica and it stopped just a little after 21.00.

The next day, we were awakened very early at 18.00 by the sound from the Basilica because at that time, the pilgrims were already on the church. It was amusing; we were totally alone in the big parking area at night and then when we woke up early in the morning, the parking area was almost full. We did have a very good night rest, though. 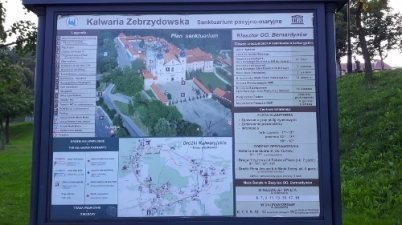 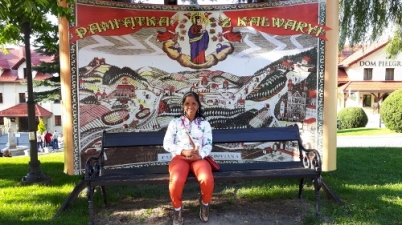 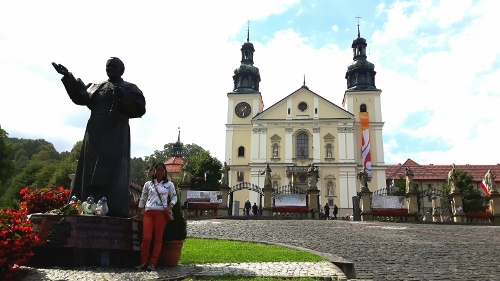 After having a light lunch (on the day of our arrival), Hans and I immediately walked onto the nearby Basilica of St. mary of the Angels. It is an impressive Baroque religious building from the 17th century. Pope John Paul’s life-sized statue which stands just outside the basilica welcomes the pilgrims. The interior of the Basilica is really impressive : the ceilings and walls are beautifully decorated with paintings from Mary Magdalene, St. Francis and Our lady of Calvary; there is a silver statue of Our lady of Angels on the main altar which was brought from Loreto by the founder of the shrine himself; the miraculous image of Our Lady Of Calvaria is to be found at the chapel on the left side of the altar; the choir gallery behind the main altar was really impressive, with the original wooden benches, a wooden cross, impressive organ and Biblical scenes carved in wood. 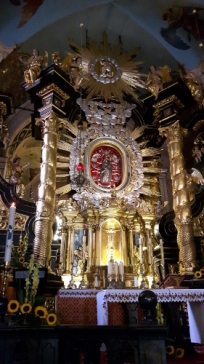 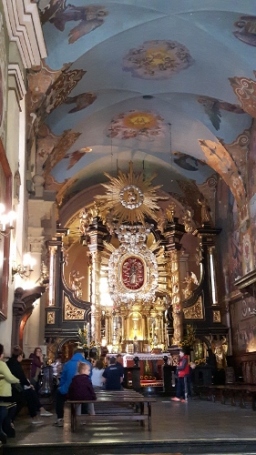 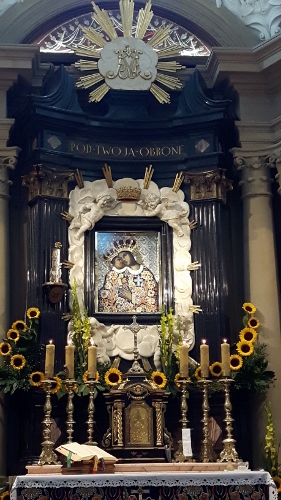 There are two pathways a pilgrim can follow in Kalwaria : The Pathways Of Our Lord Jesus and the Pathways of Our Lady. Both cover a distance of about 7 kilometers, which is doable in 3.5. hours. Both pathways start at the Basilica, and there are about 42 chapels spread in the mountains which were fitted in the picturesque landscape of the area. Hans and I did the Pathways of Our Lord Jesus Christ. We started at 14.00 and ended at just about 18.00. It was a relaxed solemn walk, as we passed chapels after chapels, stopping every now and then to say a little prayer and also admire the architecture. Every now and then we saw other pilgrims, mostly in groups, who were also doing the walks or the stations of the cross. 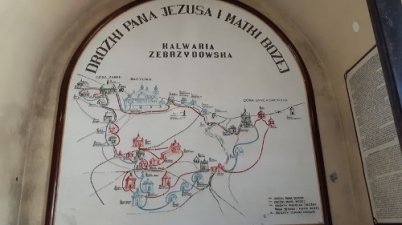 THE PATHWAY OF OUR LORD JESUS… THROUGH MY LENS 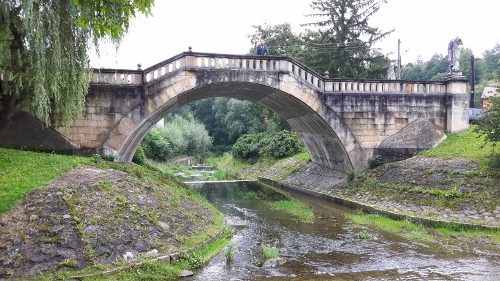 2. The Church Of Our Lady’s Tomb 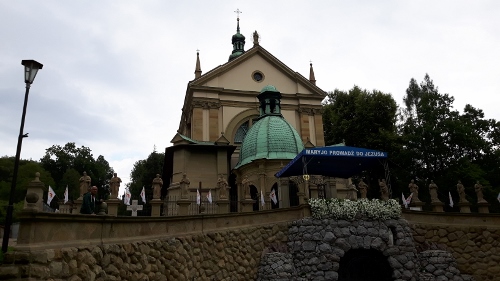 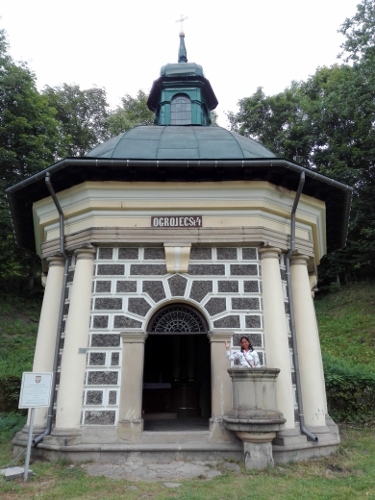 4. The Chapel of the Apostles Gathering 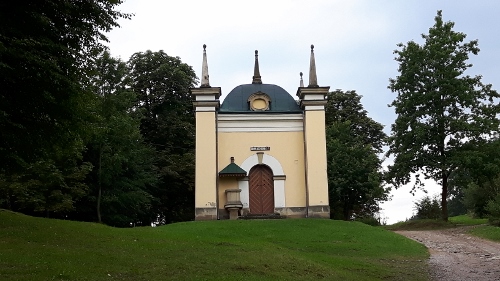 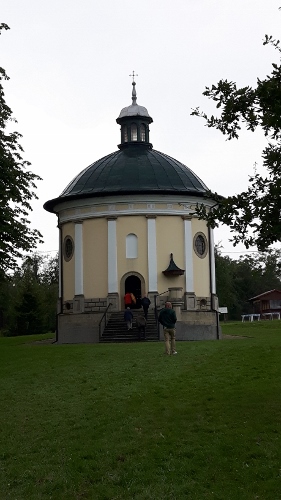 6. The Chapel of St. Veronica 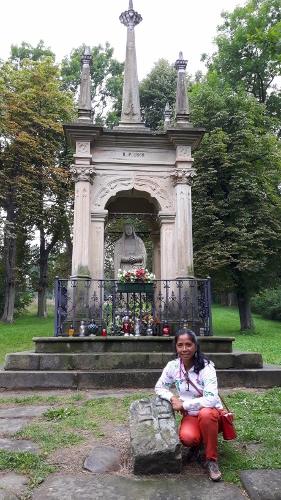 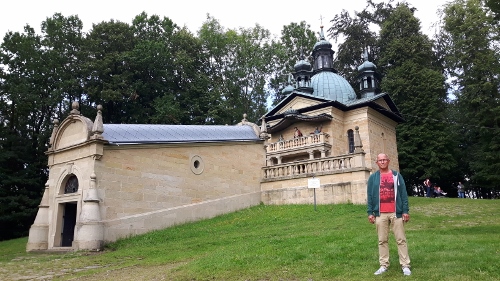 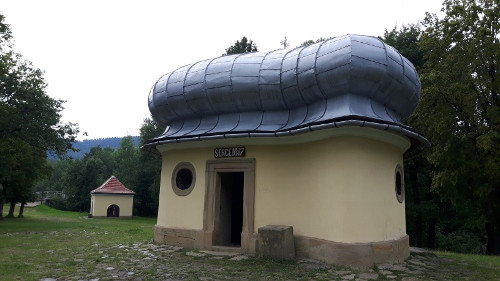 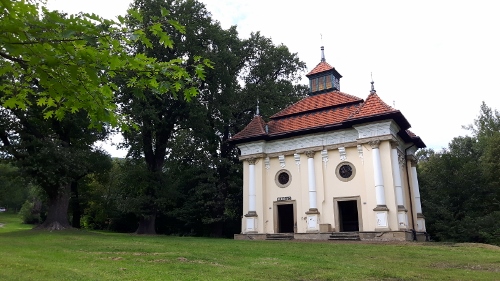 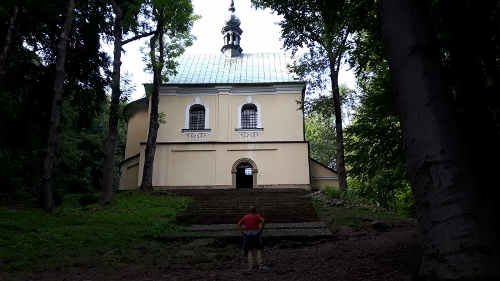 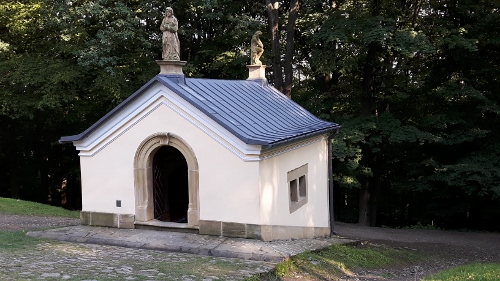 12. The Chapel of the Anointing 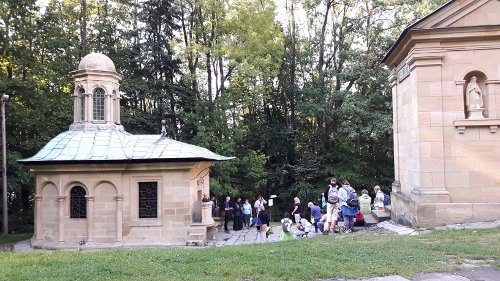 13. The Church of Crucifixion 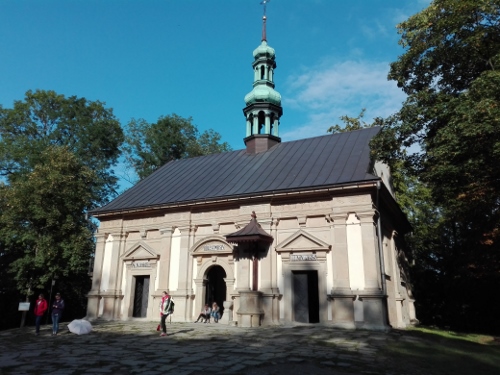