RIO TINTO …. Spain’s “red river” and considered to be  the birthplace of Copper and Bronze age, runs thru the Southwestern region of the country, from Nerva to Huelva and is 100 kilometers long. Copper, gold, silver, and other minerals have been mined along the river for almost 5000 years  and the water gets its unearthly reddish coloration from iron dissolved in water, which is noted to be extremely acidic. 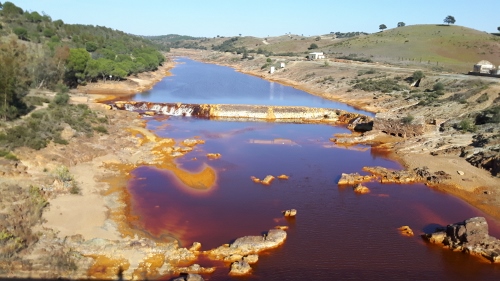 Seeing Rio Tinto is like having a glimpse of Mars, right here in Spain! We were driving on our way to Minas del Riotinto to visit the mine museum when we passed this fabulous old bridge with fascinating views of the Rio Tinto. We had to drive back to see it up close and personal! And we were glad we did it, because we have seen one of the most fascinating and extraordinary sights we have seen for a long time. We drove the somewhat narrow and partly strong path to Puente Gadea and able to park beside an abandoned house with fabulous views of the river and the bridge. 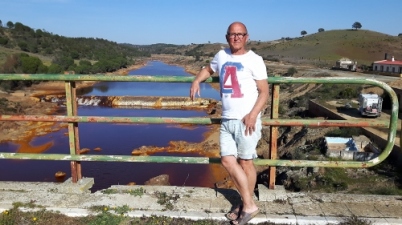 The Puente Gadea (situated between La Palma and Villaverde), is an old massive bridge from 1935 which is a part of Via Verde del Rio Tinto and gives access to the other side of the river bank.   This part of the Rio Tinto is really magical, enchanting and magnificent. The bright colors of red, yellow and orange were so vibrant and gave  a striking reflection in the water. Yes, the water has a reddish hue, thus the name “red river”.

Hans and I spent quite a few hours walking a part of the Via Verde, and of course taking lots of pictures. It was a photographer’s dreamplace here – with all the bright contrasting colors in the sky and in the water! And we were lucky we had a perfect weather that day. 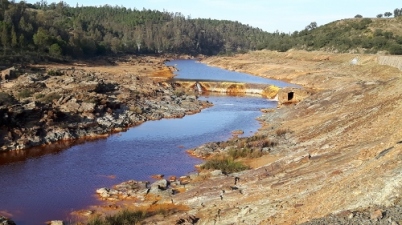 The next day, we continued our interrupted trip to Minas del Riotinto. The weather changed drastically and it was cold and cloudy! We arrived at the Mines Museum at 11:00; had first coffee in our camper, then went inside to see the museum.

The RioTinto Mining Museum, runs by Fundacion Riotinto, is housed at the former Mining Hospital. It showcases the history of about 5000 years of mining and mettalurgy in the region. There were different options the visit the museum. We bought a combination ticket for the  Museum + Casa 21 + Pena del Hierro for 10 euros per person.

While we were full of praises for Rio Tinto at Puente Gadea, we were full of dissatisfactions about the museum visit! The whole experience was a disappointment for us! With so a great foundation and once an English mining company, we expected at least that some of the staff spoke a bit of English. In fact, there is a big board infront of the museum welcoming all visitors in 4 languages : Spanish, English, French and German. But to our big dismay, even the ticket officer  didn’t speak English, and even though I have stated thrice that I didn’t understand Spanish, she kept on talking to me in the language! That was our fist disappointment!

Second, the guide that took us to Pena de Hierro didn’t speak English too! He just kept on blabbering out in Spanish and explaining the history of the mines in Spanish that Hans and I just understood not one single thing!

Third, there was no shuttle bus service from the museum going to Pena del Hierro which is located 10 kilometers fom the museum. Together with other tourists, we had to follow the museum guide with our own vehicles and formed a kind of convoy.  It was  a very inefficient system! Was it too much trouble to provide for a transfer vehicle considering the distance between 2 sights was far?

The fourth disappointment was in visiting the Pena del Hierro itself. It should have been a 1.5 hour tour, but ours lasted only for less than an hour, including the tavel time to the mines. And what’s worse, upon arriving there, we just walked under the 150 meter long Santa Maria tunnel, and at the end was the so called “panoramic view” of the Pena del Hierro. And that was it! The guide just talked nonstop in Spanish, explaining the works of the mine but we couldn’t care less anymore. The sights at Puente Gadea was a lot more fascinating ! We just took some pictures and headed back to our camper. After that, we drove back to the museum  and made our visit there. 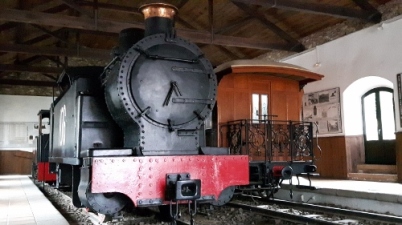 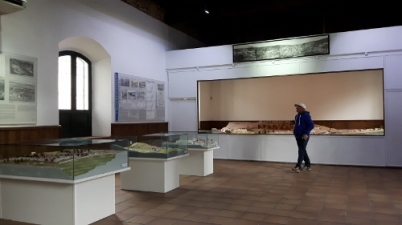 The Mine Museum could have been more interesting if there were also English translations from all the Spanish descriptions on the different halls. It was just a pity, just looking around and not fully understanding what we were looking at.

What saved the day for us at Minas del Riotinto was our short visit to Cerro Colorado. Red Hills in English, Cerro Colorado is the second largest opencast mine in Riotinto, and it is still full in operation up to this day! Gold, copper and silver are mined here. The view from the mirador (N : 37.70418   W :  6.59700)  on the way  to Aracena is really beautiful and amazing! Pity it was cloudy when we were there, otherwise, we would have been rewarded with a more fabulous sight, what with the mixture of colors that the hills produce. 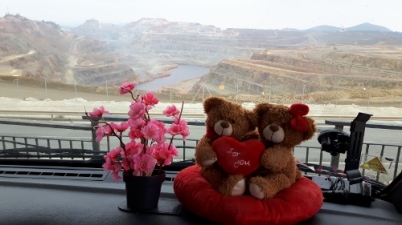 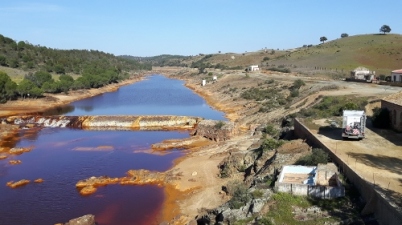 Situated between La Palma del Condado and Valverde del Camino. Parking at the old ruins with magnificent views of the historic bridge and the river. 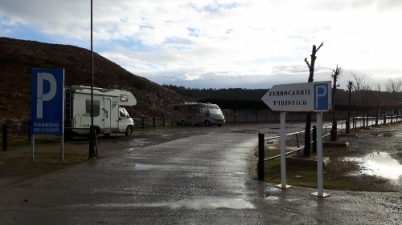 Parking at the station for Ferrocaril Trein Turistico. The surrounding area is beautiful with falls and views of the mountains. 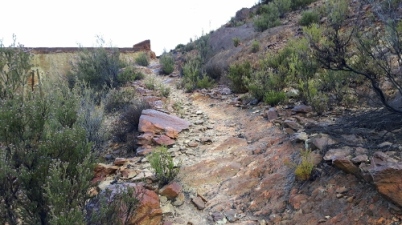 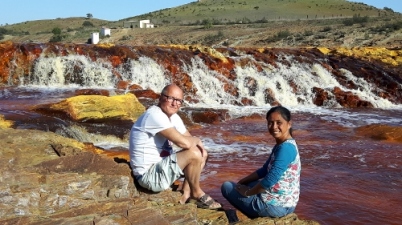 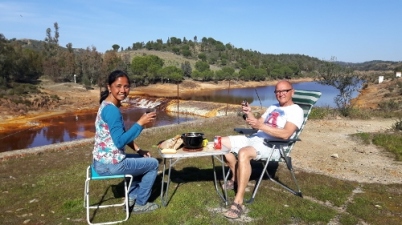