Listed at the UNESCO World Cultural and Heritage List, the Wieliczka Salt Mine, with its more than 700 years of history, is one of the most valuable monuments in Poland. Opened in the 13th century, the salt mine is one of the oldest  salt mine in the world.

The Wieliczka salt mine reaches a depth of 327 meters and is over 287 kilometres (178 mi) long. The rock salt is naturally grey in various shades, resembling unpolished granite rather than the white or crystalline look that many visitors may expect. In the 13th century, rock salt was discovered in Wieliczka and the first shafts were dug. The construction of the Saltworks Castle in Wieliczka (the central building – “The House within the Saltworks”) – head office of the mine’s board since medieval times till 1945. The Saltworks Castle was built in the late 13th to early 14th century. Currently, Wieliczka is the location of the Kraków Saltworks Museum.

Many prominent personalities have also visited the salt mine : these include the scientist Nicolas Copernicus, the poet Johann Wolfgang Goethe, founder of the scouting movement Robert Baden-Powell, Pope John Paul II and former U.S. President Bill Clinton, among others.

OUR COMING TO WIELICZKA

After visiting the concentration camps in Auschwitz, we drove about 80 kilometers to Wieliczka, a small village in the southern part of Poland. We planned to visit the famous salt mine there.  The weather at this time became a bit favorable. It was almost 4 in the afternoon when we reached the village. Too late to do the visit. So Hans and I just walked around the village, familiarized ourselves with the whatabouts of the salt mine tour which we planned to do the following day.

Upon entering the village, there were men who tried to lead us to a parking area, up to the parking area by the salt mine. But because we didn’t want to spend another 15 euros for parking, we tried to find a free parking area. And we were able to find one, just about at the entrance to the village, by the gasoline station. We stayed here for one day, including overnight. 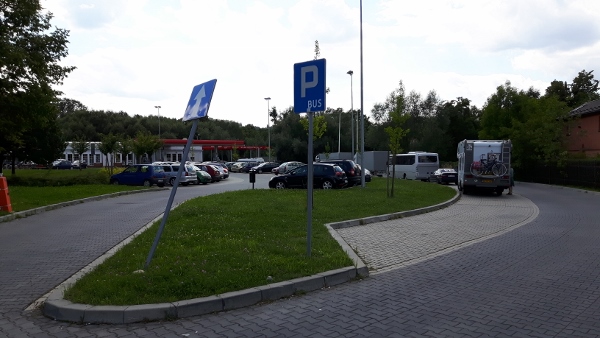 It is a free parking area for buses, next to P&R and gasoline station Artus.  It is about 800 meters to the salt mine.

OUR VISIT TO THE SALT MINE

There are possible routes to take if you want to visit the salt mine : the so called Tourist Route , the Pilgrim’s Route and the Miner’s Route. The most frequently selected route, Tourist Route, takes visitors to almost 3 kilometers of winding corridors, underground lakes , different chapels, and a restaurant  and gives the visitors a once in a lifetime experience to see the magnificently carved structures from rock salts. The Miner’s route on the other hand, allows the visitors, dressed in miner’s working clothes, to discover the inner workings of the mine, and experience the daily routine of underground life and the secrets of mining traditions and rituals. The Pilgrim’s route  takes the visitors to different chapels in the salt mine, and with a culmination to the Kinga chapel and a possibility to celebrate a Holy mass.  All routes are only possible with a guide, who gives explanations to the different special sites in the mines. 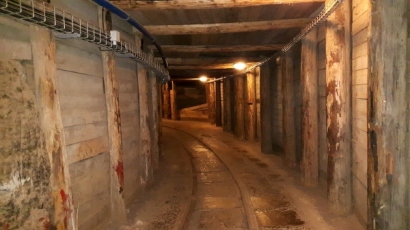 We opted to take the Tourist Route. This route , which took us about 3 hours to complete, started at the  Danilowicz Shaft and ended at  Regis Shaft.  Entrance fee is 84 zlotys per   person, including the guide.  Because there was a big difference of 7 euro per person between the Polish tour and English tour,  Hans and I joined the Polish Tour. It didn’t matter if we didn’t understand a thing! It was more of the sights and not the information. We thought we could always seek the information in the intenet, if we wanted to.  Anyway, one young woman from the group noticed that we were not Polish and she offered to translate some of the information to us in English. Whew! That helped a bit, I might say! Because we just joined the Polish group, we have saved 14 euros that day , plus the extra 15 euros for the parking –  more than enough to treat ourselves for a hearty lunch after the visit. 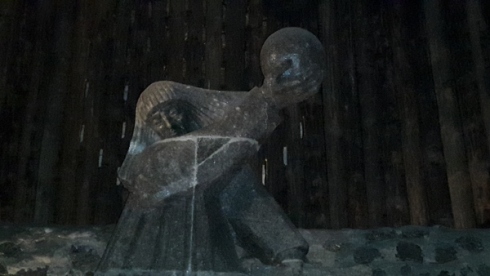 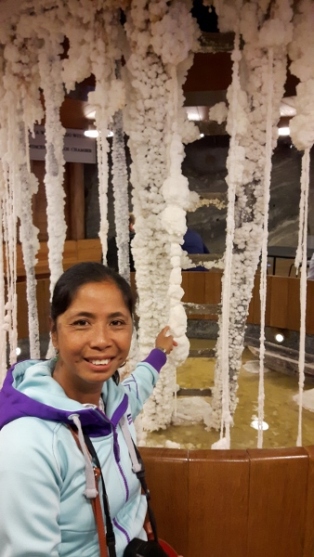 Our visit started with a steep and winding descent to a depth of 64-meter  level via a wooden staircase with 378 steps. It was then a 3 kilometer long of endless corridors and halls. It was good that we were clothed appropriately as it was pretty cold under the ground! It was really impressive to see how the salt mine existed and still functions until now.  During the tour, we have seen different sculptures carved from rock salts. Figures of important people made of rock salt who have visited the mine were also on display at different locations. We came to see a magnificent work of construction and architectural genius.  There are a number of chapels, but the most impressive was the Kinga Chapel. It was an impressive chapel, with lots of religious images carved of rock salt, and with a number of chandeliers whose crystals are also made of salt. 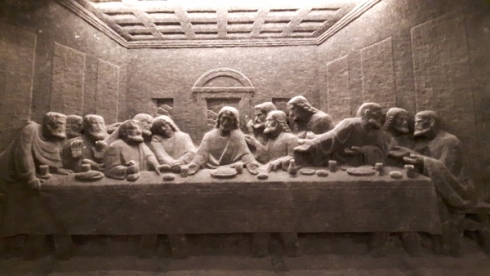 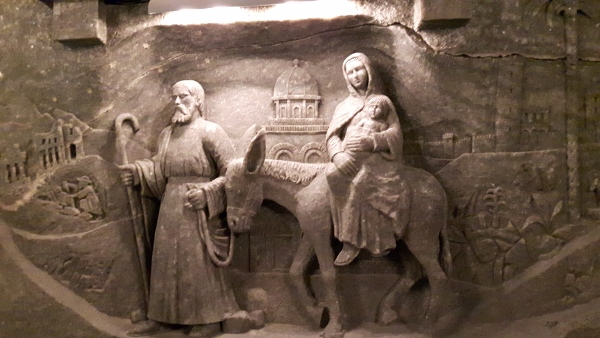 There is a legend about Princess Kinga, associated with the Wieliczka mine. The Hungarian noblewoman was about to be married to Bolesław V the Chaste, the Prince of Kraków. As part of her dowry, she asked her father for a lump of salt, since salt was prizeworthy in Poland. Her father King Béla took her to a salt mine in Máramaros. She threw her engagement ring from in one of the shafts before leaving for Poland. On arriving in Kraków, she asked the miners to dig a deep pit until they come upon a rock. The people found a lump of salt in there and when they split it in two, discovered the princess’s ring. Kinga had thus become the patron saint of salt miners in and around the Polish capital. 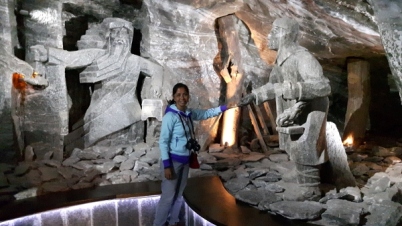 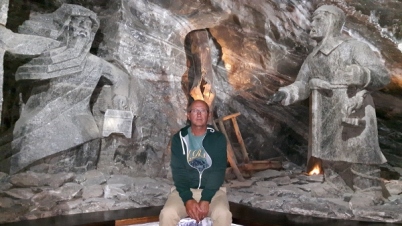 Aside from the chapels, there is also the underground lake, a reception hall, a souvenir shop, restaurant and of course, rest rooms. Our visit came to an end; we then said goodbye to our group and to the guide. Hans and I then followed the way to the exit point. After a while, we took an elevator which brought us 135 meters to the surface, at another shaft, the Regis Shaft. That was when we saw the sunlight and breathe fresh air once again.