CARAVACA DELA CRUZ : HOME TO THE MOST HOLY CROSS

After spending the Semana Santa in Orihuela (Valencia), we drove further to Murcia, to the little town of Caravaca dela Cruz. We stayed here for two days and parked our D’Traveller in a big open parking area near the Municipal Polideportivo, with great view of the Santuario de Santisima Y Vera Cruz, which could be easily reached via a footpath. 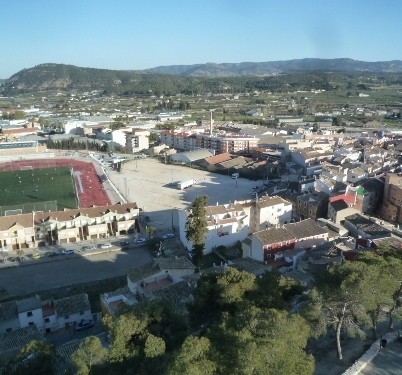 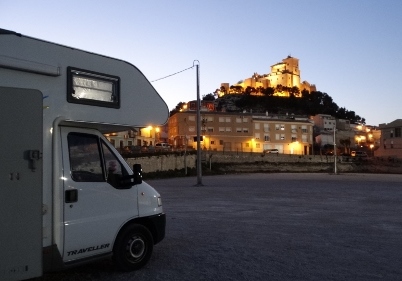 Situated on the northwest region of Murcia, Caravaca dela Cruz lies 625 meters above sea level and covers an area of 859.51 sq.km. It has a historic center  with long narrow streets that lead to some old historic churches and museums. Souvenir shopr shops flanked the Plaza del Arcos where the Ayuntamiento is also located, together with the impressive San Salvador Parish Church. From here, a pedestrian path leads to the castle where the Santuario Vera Cruz and Museum are situated, and where one gets a wonderful panoramic view of the town. 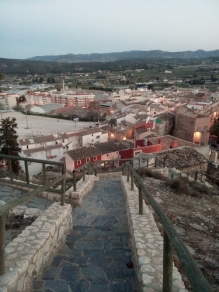 THE CROSS OF CARAVACA

The Caravaca cross has been recognized by the Catholic Church as the “Vera Cruz”or True Cross. It is believed that a piece of wood from which Christ was crucified , is conserved in the cross., thus, the term “Lignum Crucis”. The legend of the cross states that during the Muslim occupation, a priest who was held capture was asked to perform a mass, to satisfy the curiosity of the Muslim leader. The priest obliged, but stopped, saying that he needed a cross to officiate the mass. At that exact moment, two angels appeared from the window carrying the cross and placed it on the altar. The muslims who witnessed the miracle were later converted to Christianity. From then on, many religious orders were established, and many pilgrims go to the town of Caravaca to worship the Cross. The town celebrates its appearance yearly from May 2-5. Pope John Paul II also granted one year of Perpetual Jubilee (Holy Year) to the Vera Cruz.

The castle and Sanctuary of Santissima Y Vera Cruz is situated up on the hill, overlooking the whole town. The enclosure has 14 towers ; one of which houses the monumental clock and on top of it is a big concrete image of the Vera Cruz. The Basilica-Sanctuary , which is found in the enclosure, has a Baroque façade with local marble. Found also at the upper part of the entrance is an image of the Vera Cruz. The altar is of extra-ordinary grandeur, made up mostly of blinding goldplated ornaments. Located above the altar is a small hall where the appearance of the Cross is believed to have taken place.  At the right side of the altar is a small chapel – the Chapel of the Holy Vera Cruz (Most Holy Cross), where the Vera Cruz is enshrined. It is open for public veneration everyday at specific times. This Holy Cross is brought out for procession during the Feast of Vera Cruz in May.

2. THE MUSEUM OF VERA CRUZ

The museum is located in the premises of the sanctuary, on the left side. It houses collection of paintings, ornaments, silver works, and embroidery works about the Holy Cross. The main focus is the grand throne which carries the Holy Cross during procession in May. Many paintings depicting the appearance of the Holy Cross are also found in the museum. A visit to the small hall above the altar of the sanctuary where the appearance took place is also included; together with visits to the dungeon or prisoners’ cell and the old water storage under the sanctuary. Entrance is 3 euro pp.

Throne of the Cross 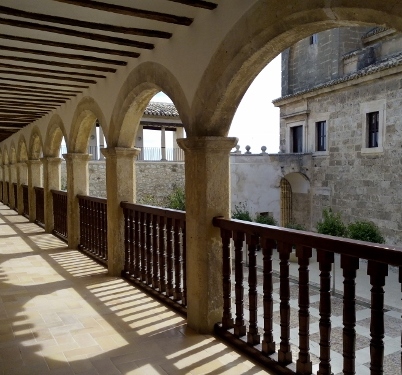 Cloister of the sanctuary

During the festivities in honor of Santissima Y Vera Cruz in May, the wine horses come out of the streets. Before, the purpose of these horses was to take the wine to the Sanctuary to be blessed. At present, it has become a spectacle in itself, with a race and competition of trappings that clothed the horses. The horses are dressed in exquisitely embroidered trappings, which are products of a yearlong work and preparation. A race is held starting from the monument of the Wine Horses (100 meters) to the port of the castle. 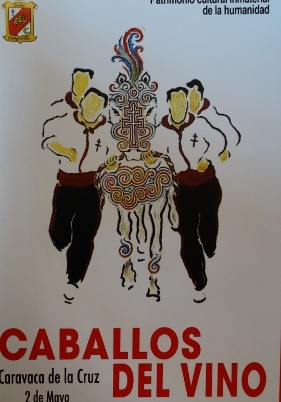 We have acquired a deeper understanding and wider impression about this spectacle and tradition when we visited the Museo Caballos del Vino. (House-Museum of the Wine Horses). The museum provides lots of information about the tradition, its roots, history and competition. It also houses different embroidered trappings worn by the horses through the years. Entrance to the museum was 3 euro pp. 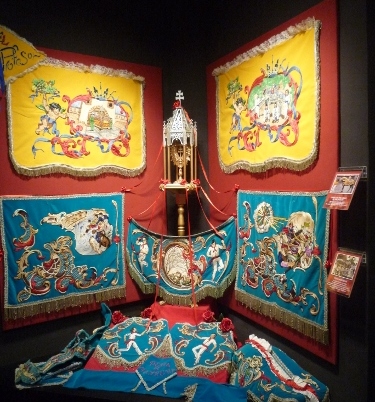 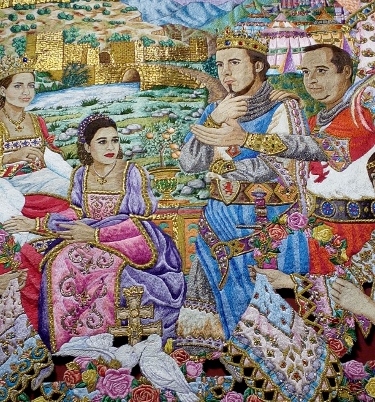 Situated 8 kms east of Caravaca dela Cruz is the old historic village of Cehegin. We did a one-day visit to this village, coming from Orihuela and stayed one night by the big parking area near the Parque Juan Carlos I. 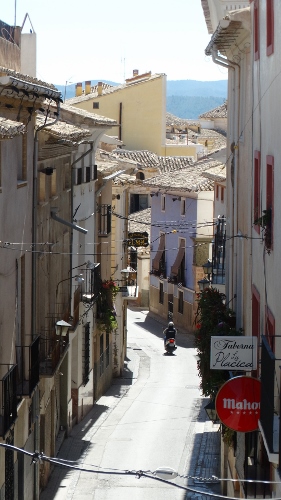 Cehegin is only a small village. Its main attraction is its old historic center where many buildings and noble houses of different styles are found, and where crazy narrow streets with many fascinating curves lead one to discover  the village’s hidden corners. Among the sites we visited in the village are  : the Ayuntamiento (Jasper House) with its huge entrance doors and fabulous staircase, Iglesia Mayor de Santa Magdalena whose main altarpiece is dominated by an image of Maria Magdalena, and the Museo Arquelogico (opens daily from 10.30-13.30), which houses information over the Pre-historic and Iberian arts  as well as excavations in the area.